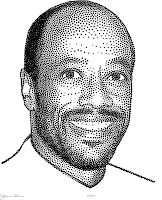 Author's Note: Below is my revised 'inside jacket cover' description for this book project. Hopefully, it will shed light on my motives and intentions. /JC

Blacks earned $0.73 for every dollar paid to whites. Black life span is, on average, nearly 8 years less than whites. Blacks are 6 times more likely to die from violence, as whites, and almost exclusively at the hands of other blacks. Blacks, while near-genetically identical to whites, under-perform those same whites on every standard intellectual measure, by an average of 27%. This disparity in performance extends to the workplace and cost the American economy over $440 billion a year in loss GNP, including more than $300 billion dollars per year in loss income to blacks.

Despite what you see and hear on the subject, today’s racial disparities were planted, not during America’s slavery, but thousands of years ago, in humanity’s birthplace, Africa. No, its not genetic inferiority, but rather the cold irony of human evolution, where generations of ancient black Africans fled a hostile continent on foot only to stumble upon the food and domesticate-able animal treasures of Eurasia’s Fertile Crescent, and begin the advances we live today. Their dark skin whitened over time and in adaptive response to staying alive with less sunlight. They returned home to Africa thousands of years later to capture and colonize their remaining Black-skinned brothers, not knowing their own origins, or caring why they were mightier. They reasoned that their dominance must be because they were white, but they were so wrong.

How did the decision to walk out of Africa, thousands of years ago, give the newly-minted Afro-Europeans and Afro-Asians the tools and methods of dominion, and how has this led, in part, to today’s outcomes where African-Americans are on the bottom? While we fixate on skin-color, a malleable trait of vitamin D production, we ignore the immigrant character of the curious among us who persist in finding and making a better way for themselves. Who could imagine that the real ‘Bell-Shaped Curve’ of intelligence reflects the distinctions of an all-African community of those who stayed home versus those who fled north for ‘greener’ pastures?

Unraveling the migration from Africa revises the roles of African chiefs who delivered tribesman and their families, in mass, to the Atlantic Slave Trade and the Americas. It revises the role of brutish European slave ship captains and trading company backers who profited from the sale of Africans to the new world. It also revises the context of African-slavery where, in the earlier times, inhabitants would have simply been killed in the tribal competition for survival. Finally it unearths the role of malaria, perhaps the oldest human disease, in creating a one-way doorway out of Africa, that persist even today.

But what about the influence of 400 years in America? Where is the real power? How might black consumption of technology not be the same as creating it? Today’s American Blacks earn less that 3% of the type of science and engineering degrees required to create technology and claim an ownership stake. How does this disparity keep the downtrodden on the outside, looking in?

Acting White (AW) confronts the most difficult and taboo subjects influencing racism, black under-performance, and the plight of blacks. The author’s own journey from the working-class to Harvard Business School and the high-tech executive domains of Lotus/IBM, H-P and Apple, has pushed him to piece together a critical analysis where, culture, heredity, geography and evolution explain themselves, as if lives depend on it – and they do.

The battleground for solutions is presented as having at least two fronts, the first being to rescue future generations through early-age programs of fetal-newborn nutrition, parenting, and infant/child socialization toward, not away from, advancing behaviors centered on education. The second front is ‘reclaiming-through-retraining’ troubled youth/young adults, via a national relief corps, as an alternative to remanding youth into the ‘revolving door’ vocational-prison industry.

With this new perspective from AW, the reader is taken on a journey of ‘ah-ha moments’. Ever-present racism is repositioned from being the primary driver of what motivates whites and thwarts blacks. AW smashes the paradigm of race as the leading influence, as we have come to know it. Beginning with the hows and whys of our biological differences in skin, eyes, and hair color, AW illuminates an instructive path of race from Africa to America – and where we go from here.

I enjoyed reading your Blog, I am now off to Amazon to buy the book. Thanks

Thanks, but know that I am early in editing. I plan to keep posting, so stay tuned and pass the word. /JC

I wrote to Charlie Rose in hopes he would interview you on this subject.

Can't wait to read the book and love your blog.

Thought of running for office?

I'll keep checking on your progress. After enduring months of the messy editing process, I can share your pain.(smile) This, too, shall pass is what got me through.

Wow. This is such an incredibily professional blog; and it rings with truth and wisdom. I was transported here from the Angry African. I'm certainly adding this blog to my roll. Keep up the mind provoking writing. I'll surely buy the book and put out a shout out too! Mine is a spiritual blog; but I love your intellectual writings on the state of race relations in america. We have a long way to go. Peace, Light and Love to you and yours. . . . CordieB.

I am beginning a research project that will span years. I'll be looking for your book.

Thank you for your insights!

Hi James, a friend steered me to your blog thinking we may have some mutual 'blog-able' interests. [Hmmm, peering around me awaiting the word-usage police]... Nonetheless, I am glad he did, your writing style is refreshing. It's just as breezy as it is intelligent. Congratulations on all.

If you have time and/or interest in visiting avanijones.wordpress.com - I'd welcome your guest commentary or feedback. Either way, I look forward to following your work. All my best to you and your. Thanks.