Does The Race Of My Real Estate Agent Matter? 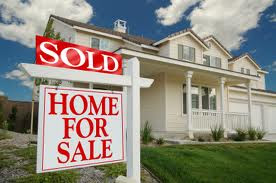 I just read an article (here) that lumps the race of your agent, together with looks and gender, as a support/challenge to the price you get in a sale. Hmmmm??? While I can accept that attractiveness and gender matter (all other things held equal)(here), the race of the agent matters much less, if at all, when compared to greater demographic influence. The influence of the ethnic make-up and trends of the neighborhood should not fall upon the race of the agent.

Following the flawed conclusion of this article, I fear that some people will avoid non-white agents for the fear of not getting the most in their sale, while supporting continued professional segregation.

Selling prices are influenced by the combination of many factors beyond the agent, such as crime, schools, maintenance, etc., and yes, some of those factors correlate to the socio-economic attributes of race/ethnicity. Without getting into macro-influence and causes, identical houses in white and black neighborhoods will predictably sell for different amounts, having nothing to do with the ethnicity of the agent.

So, in contrast to the article, I would offer that choosing your agent by race, rather than individual merit, is financially unwise for both sellers/buyers, and unfair to real estate professionals of color.

I've had dealt with three white agents and two of them were really nothing but lying scum only interested in their comissions. But the same case can be said about black agents also.