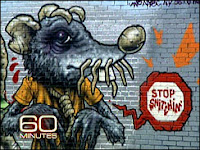 Snitches have always represented the seamy side of law enforcement, as their efforts, at the behest of authorities, effectively circumvents the rights of citizens-of-interest. Whereas law enforcement must obtain judicial clearance to infiltrate lives, snitches operate outside of this protective radar screen. This is the origin of their detestable legacy.

A witness, on the other hand, is a person who comes forward, voluntarily or not, after an alleged crime has occurred. The purpose is to give accurate testimony, for all sides, to what they experienced with their five senses, pertaining to official allegations. The act of witnessing, either through expert or eyewitness testimony, is a cornerstone of our judicial process and its ability to render fairness.

The underlying premise of snitches, or witnesses, has been that crime is bad and lawful behavior is good for society. The sentiment has been that crime should be minimized through the responsible efforts of all the citizenry. But alas, good has become bad, and bad is now good. For too many, acting lawfully is acting white and something to be avoided, particularly if you are black.

So even as black-on-black crime soars, the black community is besieged, lead by fake-Tupac gangsters, further embracing the suicidal behavior he promoted and that protects senseless drive-by mayhem. Murder rates and all other forms of violent activity have free reign to multiply unchecked by a code of behavior written by thugs, for the benefit of thugs.

And the likes of the Dyson's and Giovanni's keep picking up their silver.

So far, youre the first blogger Ive seen who has addressed this issue/segment of 60 Minutes. I wanted to catch it, but I was at work and had a task to complete. But in my neighborhood, I have been the target of reprisals because I "snitch" to the police.

You make one important distinction: there is a difference between witnesses and snitches. Snitches are out for self, while witnesses are come forward for the greater good. Too bad the rest of the Black community doesnt see that.
L

Yo James good post and you are exactly right. The main problem I see is not the criminals because thier extra neanderthal foolishness is allowed by the entire community and if all of the black community stepped up to the plate and refused to allow criminals conduct open air drug trafficking, smoking weed in front of kids and shoot out in niegborhood's where children play that would cut out 50% of the biggest problems immediately.

But even worse than the community allowing it, is our intellectuals like Eric Michael Dyson who keeps making excuses for neanderthal behavior that impacts most in the black community negatively.

About a week ago I debated a couple of folks about the offensive content of rap lyrics.

My argument was that message contianed in some hip hop was

1) Reprehensible
2) Disrespectful to 1 group of people these male rappers can count on more than anyone else (Black women)
3) Some hip hop encourages destructive behavior such as selling drugs and murdering young black men.
4) Negative hip hop is toxic unto even itself specifically when you consider the Tupac and Biggie incidents.

My only conclusion was that the hip hop artist needed to change the content of thier message. What I got back were arguments such as

From debating these types of people over the last year I have come to the conclusion that these " racism" people despearately want to have a conversation about how racism is responsible for every last problem of black people.

What is truly sad is that most of these folks want to have a conversation about racism without making any plans on what it is we need to do to make our lives better. Or even to protect ourselves from the white supremacst plot they claim is responsible for all of black peoples problems.

Have you ever encountered this attitude on the part of black folks?

P.S James your comment moderation is killing any debate that may develop here is thier anything you can do about tyhat

I use the moderate function to thwart spammers, and blog hijackers, who drop profanity laced, name-calling diatribes on sites just because they can. I have had some experience with this in the past and see it happening on other sites as well.

It is debatable whether moderating, as oppose to censoring, limits free exchange. I do not approve or disapprove comments. I post whatever people send. I only delete the aforementioned nefarious disrupters, which are exceptional.

If you consider your latest post, I would offer that you put considerable time and effort into it and I would expect that the quality of the response is not dependent on instant reply, whether pro or con.

I am interested in your thoughts on the subject. Thanks.

I love this post...I actually did a post on the whole "Stop Snitching" thing...well it was actually pertaining to the high murder rate in my fair city of 'Brotherly Love' This thinking trains our own to be against our own as it pertains to Black on Black crime...we've turned the other cheek to keep us from seeing out of that eye...blinding ourselves to our death. I can't WAIT to check out your book on Acting White.

Ignorance is bliss in some of our communities. Unfortunately, some of us have succumb to cultural conditioning; too often we as a people underestimate, undervalue and marginalize ourselves. The very same things white people use to do to us. I wanted to scream when I saw the 60 minutes piece. I really wanted to know who the parents were of the group of young kids who spoke out of complete ignorance. It was obvious that their parents don’t have a clue.

I also saw the 60 minutes segment, and I'm so glad for your post. I agree with Cam'ron: Diasporans SHOULD stop snitching...they should start witnessing; better yet, how about stopping the crime, especially black-on-black crime?

I don't agree with all of your positions, but I enjoy your excellent presentation of the facts. I look forward to reading your book.

I never heard that reporting criminal activities is acting white, that's a new one for me. But, regarding the stop-snitching "movement," I think too many people believe what they read in the paper and pass it on as truth. You really can't speak on the fear of reporting crimes unless you live in a rough neighborhood or do some research.

I’m the author of SnitchCraft, a fictional story about a nightclubowner set up by a paid snitch. I've done a little research on snitches. I recently wrote an editorial about the story on 60 Minutes. The show presented a one-dimensional view of snitching that appears to be part of an ongoing propaganda campaign designed to hold hip-hop culture accountable for the dysfunctional criminal justice system and divert the public’s attention from the real problems in America.

In the black community it is commonly understood that a snitch is a crafty criminal who negotiates a deal for himself by telling on others. Since the days of slavery, providing information to authorities to gain favor has been viewed negatively. Judas would be considered a snitch primarily because he was one of the disciples, one of the crew.

There is, as you say, a difference between a witness and a snitch - in ALL communities.
Read my commentary on the 60 Minutes story here