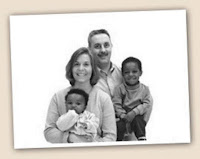 Many years ago a college friend asked what I thought of the idea of her and her husband, both White, adopting a Black baby. Without hesitation, I said I thought it was an excellent idea, if this is what they really wanted. Only more discussion revealed that she was really hoping for a different answer from me. It seems they were waffling between a Chinese baby and a Black child.

Instead of looking for support, she seemed to be fishing for something to relieve them of preferring the Chinese baby over the Black baby. My twenty-something idealism was not about to give her a break. It seemed such a clear case of racism, all these poor Black babies ignored, for Asian and Russian babies born into similar squalor, half way around the world.

So why do I see it differently now? Why would I now tell her to go ahead and get the baby she wants? Very simply, far away babies are malleable in part because no one will ever come for them. This is very important in adopting. Hispanic and Asian babies represent large swaths of disparate ethnicities, naturally uninviting those who might try to claim them as one of their own. Black American culture alternately will claim anybody with darkened skin, even a 'brother from another planet', as in the movie by the same name.

White parents adopting Black children face a Catch-22 challenge in that they will be encouraged to place their child in the various role-modeling company of Blacks whose rhetoric will make that child feel like they must chose between the parents and authentic blackness.

When a White person adopts a Black child they should consider all the reasons that child might reject them, and what aid and comfort that child will receive if and when they ever take such a course. The farther an adopted child is away from their location of ethnic of origin (LEO), the more defensible and lasting the bond they will likely develop with their new family. It really is that simple.

Update: It seems that international transracial adoptions between Black children and European parents are on the rise, and I would suggest that this is due, in part, to lower emotional barriers aided by distance.

My motivation behind placing my child for adoption was two-fold:
1. Her dad was in jail at the time and would miss out on critical bonding moments.

2. My dad was not in my life as a child and I loved her too much to selfishly raise her without a dad.

The fact that my father was not in my life led me to look for love to anyone who seemed "nice". I refused to allow my baby girl to live through that hell of not having a consistent father figure.

The couple who adopted my girl-child consists of an African-American woman and a Caucasian man.

They had been married for several years, they have high-paying careers with the U.S. government, a supportive family and community...well, you get the point, the couple that adopted my baby is stable in every way.

The adoption was mediated by a reputable, local adoption agency. I stress the word reputable because many African-Americans (including a couple of family members I confided in) believe giving a baby up for adoption, especially if one or both of the potential adoptive parents are Caucasian, is akin to the slave trade.

I have to be honest, Mr. Collier, I initially had the same feelings and expressed the feelings privately with my mediation counselor.

I was confronted with what was best for my baby. The baby I could feel moving inside me. The baby who was dependant upon me to make one right decision.

Once I made my mind up, I didn't care if the potential adoptive parents were green Martians living on the planet Venus. The only thing that mattered is that they love my precious baby and give her a safe, nurturing home.

Something I would have intensely struggled to give.

Thanks, Ms. C. I admire your thoughtfulness and courage.
/JCC