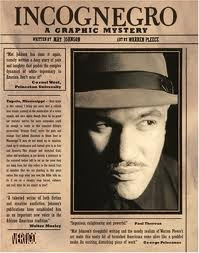 What is it to "claim black heritage" if you don't have the "black" experience through the phenotype? (maybe not as much for your cousin for she has family memories, but moreso for any phenotypically "white" children she may have).

I knew a Caucasian girl growing up who was raised by a Black American family. She "acted black" ... her speech, her movements, her likes and dislikes ... all reflected the black family who had raised her. I think of her as "black" though her ethnicity is Irish American. I think of her as black, but yet she will never suffer from nor reap the benefits from being phenotypically black.

So I guess my question is ... if you don't have the "black" experience, because you are not perceived as "black" because of your phenotype, and you don't "feel" black, then why call yourself Black? It is not a matter of being ashamed. It is a matter of ... what's the purpose? I can see telling a doctor, for medical reasons. Or sharing some meaningful stories or family tradition or food with friends or co-workers. But in everyday life and relationships, who really cares that I'm a "quadroon" that looks white or an octoroon? For all practical purposes, I'm white.

Anon 5:32, you'll get no argument from me. People should be what they feel. Just know that people from either side of the color 'fence' can take offense to those they feel are playing both sides. Also, this explains how some whites can claim blackness, irrespective of how they look.

Just know that people from either side of the color 'fence' can take offense to those they feel are playing both sides.

Yes, there are "sides" out there. New England Cape Verdeans in particular can be very offended when one of them looks "white" and they feel that that person doesn't acknowledge and re-inforce their "creol-ness" enough. Or their "black" side. But why keep something artificially alive that you don't feel? They act like you are hiding a horrible secret, like you ARE "playing both sides" when in reality you really just don't give a damn, it's just not that important to you to go to the silly festivals, parades, cultural and political events, etc.

Some people on either side of the color "fence" take offense at many things. This is the age of thin-skinned people. It's in vogue to walk around forever offended.

Very sad article, that a family should be split by something so petty.

To look at me or my daughter you would never know that grandma and great grandma were black!

One of my sons is white with reddish kinky hair, and the other one is darker with curly hair.

I have a theory that like coffee, when white milk is added even in small amounts it turns white really fast! LOL!

Wow. That's pretty brutal, having the family broken up over something like skin color.

I can sort of relate to the whole rejection over skin color thing, but it's reversed for me. I was the lightest-skinned one in school and the family and the other kids would tell me I was too white to hang out with them and generally act like they didn't want me around. Skin color issues go both ways, I guess.

This concept is so dumb. So you want to pass for white? Then you already are. Tell white people you are white, and most of them will accept it.

Now passing for black is a different matter...

Passing for Jewish is almost impossible.

Some of you are missing the whole point of passing as white. Family members will disappear and tell their brothers and sisters moms and dads to nevet contact me again because I want to live as a white person. ITS AND ACT! A white girl growing up in a black community isnt and act. She knows shes white but grew up around black. Thats totally a different situation. They pass for white to live a "better life" its not how they feel. In the end many feel lost with no blood relatives to call their own.