Why Chinese Mothers Are Superior 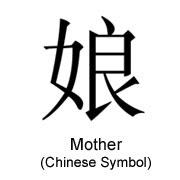 I verbally tore into my teenage son last weekend because he failed clean up the yard, as he’d been assigned. The Christmas tree, that went begging all week to be taken down and properly disposed of, compounded my angst; another task he and his vacationing sister had been given.

I grounded him, not because of the magnitude of the error, but rather due to his casual approach to his responsibilities. This same kid can be a great student and state contender in the high jump if he puts his mind and body to the tasks, but we will see. However, unlike the Ivy-League “Chinese” mother in the WSJ article of the same name as this post (here), I do not plan to browbeat the boy into his potential. I will set high expectations and expect him to meet them (with support), and sometimes punish him to make the point. If he chooses to sit on his butt, I will not manhandle him, except that he will get no extraordinary help from me once self-induced mediocrity takes over his life.

I believe parents should make kids do some things, while allowing options, as well. My daughter could have been a top swimmer, but did not have the drive. Forcing her to swim was a consideration that would have had us all miserable. Alternately, I still remember the tragedy of her 9th grade algebra tutor; a straight A Asian kid who seemed happy until the day he hung himself. Within their pain, I am sure his parents felt many things, and superiority was probably not one of them. My daughter’s (and son’s) shot at long-term fullfillment is much more important than youthful championships. I try to walk a finer line than the “Chinese” mother, because true happiness is poorly described by academic achievement or athletic achievement alone.

What I sometimes have to remind myself is that what I really want are content, well-adjusted young adults – not trophies to my great parenting skills or good genes.

Agreed. I was appalled to read about this woman's 'mothering' techniques - which border on abuse to me. I also don't understand how/why the father allows it. Maybe these kinds of techniques work in a society where everyone is raising their children this way, but all her kids have to do is look around to see that they're being brought up in a way that is very different from their friends.

I feel very sorry for their daughters and won't be surprised if they grow up with all kinds of psychological issues and strained (at best) relationships with their parents.

Thank you for this blog. It's good to see someone sharing my thoughts on these varied subjects. I'm an armchair biologist, philosopher, and genealogist. What you do is important. I hope you keep it up.

Here's hoping your kids grow up to meet your hopes.

I have a co-worker who seems to have about the same ideals.
He is now dealing with a 24 year old daughter who got with the wrong crowd and is fighting addiction.

Sometimes nothing we do works but as you know kids have a lot better chance at turning out well if we use those common sense parenting guidelines you describe.

This is Amy Chua as in Leon Chua of Cellular circuits fellow of IEEE, Max Plank herself A Harvard law professor with all her siblings graduating from elite institutions and her kids on track for the same clearly it's working Odds are fate drugs, stress crime will always poach a few regardless of how lax or rigid you are.

The gist of this blog is how acting white is looked down on now you have taken acting Asian/Chua and flipped it of all people you should understand by being black your son is at a disadvantage (nadir role models, racism, negative peer pressure puberty). If anything you should act Asian he may hate you but your not friend if you fail him you no one else will help. Against kids like the Chua's he must run faster, jump higher... you know the drill .Just Keeping it real
Cruel 2b Kind

Cruel, I believe black culture is victim and excuse-oriented to a fault. However, it's a wide-open world and the Chua mindset should not define the ideal. She is an extremist and her children are missing out on experiences that will define their adult contributions, happiness, and success.

They probably wont let your son who is black contribute(boardroom, politics, country club) unless he is undeniably above average, even more so if it's a woman .Harden your heart man there's only a short window where you can truly influence a generations future ,acting Asian/Chua may not be ideal i wouldn't mind black educational and
economic attainment on par with Asians. Kids&teen of all races generally have that Myopia so it's Ol'folks to make or break them
cruel 2b kind

I must confess i do not fully understand the horror that Westerners feel regarding 'Asian parenting'. For me and my entire generation, it is simply a way of life. We are pushed to do our best so that we do not regret anything when we're older.

Think of it as a lifestyle and culture decision rather than 'torture' or 'abuse'.