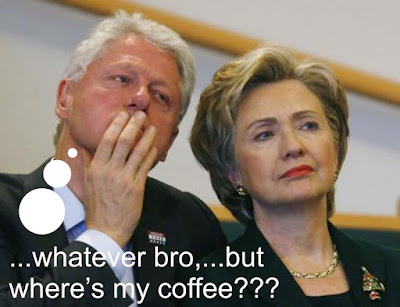 When I first heard about this I did not pay it much attention, as the person ranting about it sounded like a ‘sky is falling’ alarmist, but I was wrong. Indeed, dropping science classes, deemed ‘too hard’ by some at Berkeley HS, is the plan. This effort, which would also eliminate science teachers, is part of a remedy to academic disparities between Whites and Blacks/Latinos (here), and is just as stupid as trying making ‘ebonics’ a recognized language in the Oakland School System, back in 1996.

So, let’s get this straight, Berkeley wants to close the gap by holding back the high achieving students, who happen to be disproportionately White/Asian. Of course the Black AP students will also get held back, so in the end all high achievement takes a hit so that the trailing ‘train-load’ of kids can ‘look’ smarter. And this is not a competition for education resources, as the science labs in question are funded separately from special bond monies vote in for music, art, and science.

The R-word is appropriate here (as with Bill), because what we have are racist liberals who do not think Blacks/Latinos can/should be expected to stretch themselves, in the same manner as Whites/Asians. Let’s lower the bar for excellence and punish the brightest, most diligent students, and send a strong signal to rest of the kids that school is all about mediocrity and the PC ‘show’.

So, after they have kicked the White/Asian kids and the voters in the teeth, they will punch the hardest working, highest achieving, Blacks and Latinos squarely in the eye, and say there is no support for them and they need to stop ‘acting White’, ‘acting Asian’, or whatever other knucklehead-descriptor there is for trying to do your best.

Finally the less-achieving kids, the needy throngs, will get tutors to help them turn off their video games, pull-up their pants, show-up to class, pay attention to the teachers, turn-in assignments, and otherwise act like they are in school to get an education. Go Berkeley!

Your first instinct was correct. The media is making this an "alarmist" story.

...The proposal from the principal and the school leadership is to integrate the labs into the regular school day, not to eliminate them as has been reported by the media....


The whole letter from William Huyett, Superintendent of Schools
can be found here:

Wow. Thought for sure I was going to read something about was going on in Haiti.

This is not a case of "racist liberals who do not think Blacks/Latinos can/should be expected to stretch themselves", it's clueless "anti-racist" progressives who have finally seized upon the idea that the quickest guaranteed way to eliminate the "achievement gap" is to abolish achievement.

Anon 10:43, people very close to me think you are redundant, and silly.

It also looks like the Berkeley superintendent is back-tracking, saying that science labs were going to be incorporated into the regular school, not eliminated as everyone understood. Except that AP labs take longer, which is why they happen before and after the regular school day. PColitics???