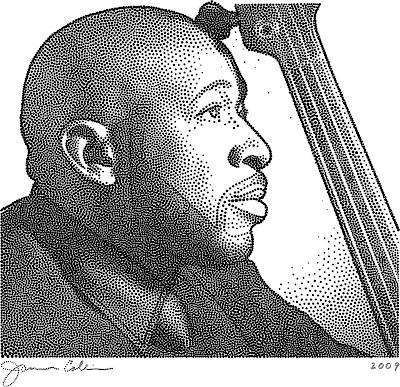 Pro basketball star and self-taught jazz great Wayman Tisdale died today, after a long battle with bone cancer. He was only 44, but showed us how to pack more than a single life-time into a one life-time gig bag. He was something, but his greatest accomplishment was that he was the nicest guy with it all.

I met Wayman, a bass player, through a good friend of mine, Wilbert Terrell, a long-time music industry titan that makes the wheels turn, including the JVC tours of Dav Koz, often featuring Wayman, Jonathan Butler, and Rick Braun, a monster combination on stage.

In his heart, Wayman was just a big ole country brother from Oklahoma, whose smile was so infectious that you could not help smiling back at him, however you were feeling. He always greeted everyone as if they were important and was constantly looking for a way to crack a joke with a smile.

He will be sorely missed. RIP.

This is a very sad loss. Wayman Tisdale was truly a renaissance man. He will indeed be missed.