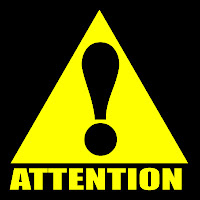 • Prostate cancer is 2.4 times more deadly for black men than for white men.
• Breast cancer is 1.4 times more deadly for black women than for white women.
• Colon cancer and breast cancer rates are declining more slowly for blacks than for whites.
• By the time black Americans find out they have cancer, their cancer is at a later stage than for newly diagnosed white Americans. There are fewer treatment options for later-stage cancer.
• For all major cancers, black Americans are less likely than whites to survive five years after diagnosis -- even when their cancers are diagnosed at the same stage.

Researchers at the Moores Cancer Center at the University of California, San Diego, conducting a first-of-its-kind meta-analysis study, estimate that 250,000 cases of colorectal cancer and 350,000 cases of breast cancer could be prevented worldwide by increasing vitamin D, especially in locations north of the equator. This represents a whopping 50% reduction. Researchers added that 150,000 of the preventions would occur in the US.

“The researchers underscore their call for prompt public health action to increase intake of vitamin D3 as an inexpensive tool for prevention of diseases that claim nearly one million lives each year world-wide.”

Well folks, there you have it (again), take vitamin D and live!

Medical Studies have shown that just one or two sessions in a tanning bed (depending on one's skin type) will process all the natural vitamin D3 that a human body can use.

Or, folks could just get their lazy butts off the couch, and go outside to be in the sun, which is a natural source of vitamin D.
L

Indoor tanning equipment/visits are expensive. D supplements are much cheaper and easier. As for getting outside. At latitudes such as SF, Denver, St.Louis, Phila., no amount of exposure of sun in wintry months yields protective levels of D for blacks. Throw in thoughtful use of sunscreen and the problem is even worse. In this case, 2000 IU's of D per day is the best solution.

You do have me there Collier: I forgot to factor in melanin and winter.
L

Current research shows that many people don't have high enough serum blood levels of vitamin D even with 2000 iu supplements, and may need twice this amount (4000 iu) in the winter. It is best to have your vitamin D level checked every year just to be sure you are getting enough.