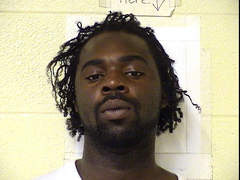 You are brave to broach this subject, a subject which teases you because of your intelligence. The one element you lack here is knowledge, something hard to come by these days. If, per chance, you read the blog called gene expression, you would begin to build an adequate knowledge base for understanding the complexities of genes vs. environment. I estimate that 97 or 98% of people cannot explain this puzzle with even an 8th grade level of knowledge. Since charges of racism fly about blindly,we live in society which sciencesuffers and free expression diesYoure abrightguy located in the race which is being decimated by liberalism's excesses on the one hand and the open expression of aggression, cheating, lying, and sexual folly on the other.When America was conservative and religious, it provided constraints that often benefitted blacks and kept families together. It is liberalism and freedom that are the curse now as those below an IQ of 100 wander about aimlessly and engage in drugs, crime, and cheating. Why not when the charge of "racism" is a universal solvent for all ills. Responsibility is only a word occasionally uttered by false leaders whose scams are routine and whose coffers are loaded.You are right about ignorance, but you must learn some history and genetics before you plunge further into the unknown. This problem is staggeringly huge, but Saint Obama is overspent and due for removal.Throwing more $$ at the black problem will continue but Darwinian reality may intrude by revealing nature's plan-blacks cannot be topped in sports for biological reasons and whites cannot be topped in technology and math-with you as an exception-forever. The Atlanta Schools engaged in an all-black cheating scandal of immense proportions because of NCLB.The whole world now knows that black children show miraculos gains after massive cheating. Read the book called BAD STUDENTS, NOT BAD ACHOOLS. Unequalresults in basketball and algebra was reality in 1920 and also in 2011.

I'd also wager that the principal in this story watches about 10 hours of tv a day.

Interesting blog you have here. Is there any room for mention of the positive contributions that people of color have made and continue to make? God bless you.
Fred@Urban Soul Connect
http://yurconnected.blogspot.com

Your comment is pretty overblown and off the subject. Obama, conservatism and religion have nothing to do with the subject in the article. Go back to WND.

However, the fear of the "racist" label is a factor when discussing these issues. This is true. Your suggestions of how it should be approached politically though are bogus. If we're going to generalize, the liberal community is too eager to throw the racist mud while the conservative community is all too eager to ignore it.

Anyway, I had never heard of neuroanthropology. I will need to read into that.